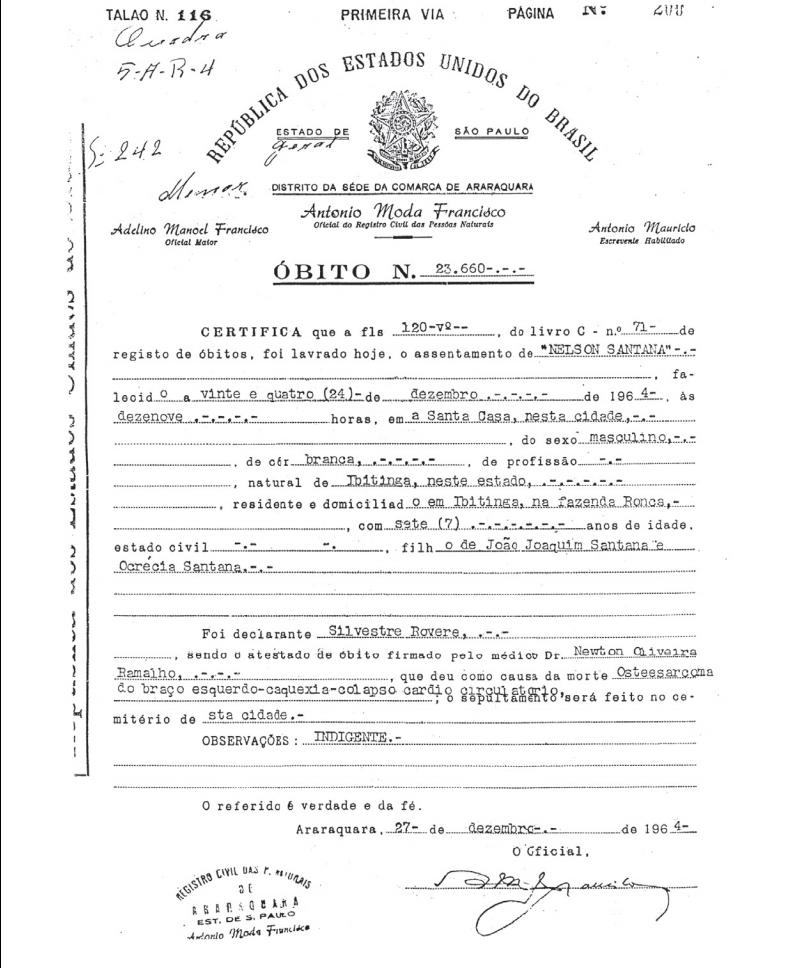 The death certificate (Certificado de Óbito) contains the given names, surnames, marital status, nationality,residence,  occupation, ​and place of birth of the deceased. In addition, it frequently contains the date of birth and the names and surnames of the parents of the deceased, and, in some cases, the cause of death, burial information; and the informant’s name (often a relative or hospital official). If the deceased was married it may give the names and surnames of the spouse, indicating whether the spouse is dead or alive, and the names of the children of the deceased, if any.
Early civil death records are especially helpful because they may list people for whom there are no birth or marriage records. Deaths were recorded within a few days of the event in the town or city where the person died.

Be aware that information in a death record about the deceased’s parents, birth date, birthplace, and so on may be inaccurate since the person who gave the information may not have had complete information.​1

​Deaths from the early years of civil registration should be searched with special care as they may give information about people born in the eighteenth century with greater detail than the parish records. Such records are especially important where parish records have been destroyed.

To learn how to find similar additional documents from different countries and years, click here to visit the FamilySearch catalog.

All rights and privileges belong to the respective owners:​